Bram Jansen has been working in The Netherlands for several industrial companies when he started Biomass Nederland, a company that generated electricity using wood waste and paper residue as fuel to reduce CO2 emissions. But he kept on looking for further innovation and development of alternative energy. His journey took him to the Dutch prince Friso who advised him to look beyond European borders because that’s where the opportunities are.

Bram arrived in Thailand and he realized that Asia has an enormous potential in terms of biomass industry with abundant straw available after the rice harvest. The North East of Thailand with 17 million hectares of farmland, 21 million people and a rice production of 12 million tons a year was the ideal area to put the plan he has been working on into practice.

The first pilot project started under the name iSaan Power

Results of the pilot project were positive and have been presentated to financers such as the Worldbank. 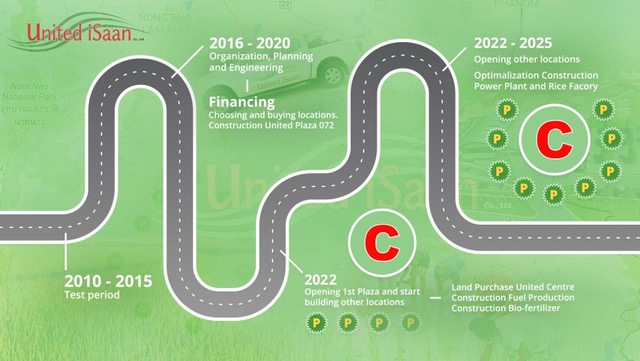 The United iSaan fleet is sailing in!

Some of our agricultural machinery and transport is arriving these months. The first two Nissan pick-ups are driving around already and this year...
Read More